The Super Bowl!!!! And How It Is Like Our Fight Against The Left!!!! 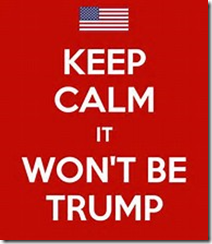 It was kinda nice, watching the Super Bowl as a basically unbiased observer.  Sure, I don’t like the NE Patriots, any real football fan doesn’t like the Pats, other than the Pats’ fans.  I’m a Cowboy/Dolphin fan, anyone else, well, I’m  no fan.  The Falcons so rarely matter, I never really developed a dislike for them.  But, then, there were some of the leftist lunatics mad at the owner, coach and quarterback, because they are Trump supporters, so, that balanced my dislike for the Patriots as a team.

To be honest, I thought the Pats were going to lose after the last Falcon score.  And, they should have ……. more on that in a bit.

The Falcons started off okay, as did the Pats.  But, it was early.  My perspective of the 1st qrt was that both offenses were feeling out the defenses who were playing really well.  Throughout the 1st half I was struck by the speed and ferocity of the Falcon defense.  Man!!!!  They were flying to the ball and hitting!  Their fantastic offense started to click in the 2nd qrt.  The Pat offense was doing alright, except that they would bog down as they were getting close to scoring range.

Towards the end of the 1st half is what did it for me ……. look at the player in the lower left.  He had just intercepted Brady and took it for a score!  But, not before he started prancing and showboating before he actually crossed the goal line, giving the Falcons a 21-0 lead.  Then …… then was the moment I want the Pats to win.  And, I also thought to myself, man, that guy is setting himself up for some real disappointment.  He’s in the Super Bowl, playing against a very good team, and a very good coach with an amazing track record ……. shouldn’t be counting his chickens ….  21 points?  Sure, that’s never happened in a Super Bowl, but, it does happen often enough in the NFL, and that’s Brady and Belichick over there.  Sure, I don’t “like” them, but, I sure as heck respect what they’ve accomplished over their careers.

Now, the Falcons, on their 2nd possession of the 2nd half did put together an impressive drive of their own, to go up 28-3.  I thought, then, well, maybe that’s too much for even the Pats to overcome.  Brady and team did score a TD on the very next possession, but, they missed the extra-point, and they took a lot of time getting there.  And, the failed onside-kick try all but cemented their demise.  The score was 28-9, with only 2 minutes left in the 3rd qtr.  But, their defense held, and forced the Falcons to punt at the start of the 4th qtr.  Again, the Pats made an impressive drive, only to fall short of the goal line, and had to settle for another field-goal.  But, if you watched for the same thing I was watching, you would have seen it ….. I said to myself, “man, those guys (the Falcon defense) are gassed”.  Even though there weren’t any penalties on the drive you could see their defense simply grabbing the Pats trying to hold on and keep up.  The penalties would come later.  Still, the score was 28-12 and only 9:44 left in the game.  It should have been the Falcons’ game.  All they had to do was ………..

Well, first and foremost, as anyone would tell you, hold on to the ball, don’t turn it over.  And, well, on a 3rd and one, running the ball would seem a better option, especially with the good running game the Falcons have.  But, it wasn’t what the Falcons decided to do.  They would try to pass for the first down.  But, they didn’t get a chance to pass the ball, Ryan was sacked and fumbled in the process.  Now, this wasn’t the dumbest play call in the history of the Super Bowl, that would come later in the game, but, it was a pretty stupid call.  If one is going to pass, trying to gain one yard, then, make it a quick one with a very short drop-back.  Instead, the Pats took the ball, and 5 plays later, they scored a TD and also a two-point conversion, making the game 28-20 with right at 6 minutes left in the game.  That’s when one just knew the Pats were going to win it!

On the Falcons’ very next possession, they put up a very quick drive and was in easy scoring position.  I thought this was “game over”.  All Atlanta had to do was kick a field goal and with 4 minutes left, it would be almost impossible for NE to catch up.  Did I mention that keeping the ball in the field of play keeps the clock ticking and an incomplete pass stops the clock?  At this point, every one watching, even the Falcons knew they had to keep the ball, and keep that clock ticking, and simply score.  Even a field goal would put the game essentially out of reach of the surging Patriots.  And, then, the stupidest play call in the history of the Super Bowl occurred —- another deep drop pass play by the Falcons.  This time, however, Ryan didn’t fumble, he just lost 12 yards.  Making their erstwhile FG attempt much more difficult, but, still very makeable.  (about a 53 yard attempt)  The Falcons then continued with their implosion by a holding penalty, and taking themselves completely out of field goal range.  Still, they had another play, it was 3rd down.  And, they were at the Pats’ 45 yard-line.  A few more yards and they would be back in FG range.  Instead, they tried another pass, and didn’t complete it, stopping the clock.  Had they simply ran the ball, kept the clock moving, or forcing the Pats to burn their time-outs, and kicked the FG, it, most likely, would have been too much for the Pats to overcome.  So, not only did the Falcons fail to kick the easy FG, they also failed to manage the clock.  And, they did this after a 1st and 10 at the Pats 22 yard line.  That’s no easy feat!!!!

Well, the rest, as they say, is history.  The Pats got the ball back with 3 1/2 minutes left in the game.  I think by this time, every one knew that was plenty of time for Brady and team.  The only question was if they could score another 2 pt conversion.  I’m sure it has happened before, but, I don’t recall another team making 2 2 pt conversions in the same game.  But, the Pats did on Sunday.  Then it came to the coin-toss for the overtime.  BTW, I hate the OT rules.  It seems to me, especially in the Super Bowl, each team should have the same opportunities, it shouldn’t come down to a coin-toss.  I think they should simply play an additional quarter.  If they are still tied at the end, keep doing it until they’re not tied at the end a quarter.  But, the rules in place, or the rules I believe we should have wouldn’t have made any difference in this game.  It was over as soon as the Pats won the coin toss.

While I’ll never be a Patriot fan, I have to tip my hat to them.  Sure, they had help from the stupidest play call in the history of the Super Bowl, but, they persevered, and then conquered.   They played the game well, showed great composure, overcame adversity, and won against overwhelming odds.

By now, readers should be seeing some parallels with the recent presidential election.  What were Trump’s odds right before the election?  Consider the bottom two pics above.  Dancing and prancing before reaching the goal line ….. and the figuratively “spiking the football” before the election was over.

But, as the upper-right pic demonstrates, the election isn’t over for the leftards.  The pic is from the Berkeley riot when the lunatics stopped Milo from speaking.  It seems their outrage knows no bounds.

You see, we all know there are limits to rage.  Indeed, conservatives know this all too well.  Some leftards are worrying about this, too.  Politico wrote an article fretting about it …..

The Democrats face up to their Trump problem
The base is eager to protest the president, but elected leaders worry about outrage fatigue.

Democrats don’t know how long they’ll be able to keep up the pace of protests against President Donald Trump — and they’re worried Trump and his team are counting on them to run out of energy before the White House does.

Two weeks into the Trump administration, party leaders have already reached a frantic, fevered pitch, throwing around talk of constitutional crisis and raising the specter of impeachment. ……..

I really, really, really do hope they pursue this avenue.  It’s called “outrage fatigue”.  After being outraged for extended periods of time, gaining nothing, one simply resigns themselves to not being happy about whatever is happening and goes on about their life as best they can.

Today, we are in the same position as the Patriots and the Falcons.  The left is exhausted.  This is why you see some of the most inane bs being tossed about.  They’re grabbing at anything they can, just trying to hold on and keep up.  Here are 16 fake news stories attacking Trump and team since he took office.  Mind you, it’s a dated article, it was 2 days ago, I’m sure there are more since.  Their desperation has become amusing.  Better, each time they run with this BS (equate that to a defensive holding call) they lose more credibility (equate that to the offense moving forward from the penalty).  Further, our defense is rested, alert, and able.

Of course, this is the dilemma for the left.  The right (as we call it) likes to present reasoned and civil arguments, if not dispassionate. That’s what many of us like to do.  The left, OTOH, is almost entirely emotive.  I’m not saying there are no smart and reasoning leftists, there are.  But, that’s just not what they do.  That’s not how they make their hay.  It is, with them, always a play upon the heartstrings, outrage, and emotive responses.  They have no defense, only an offense.  Once the offense is stifled, then, they’ve nothing left.

Sure, we’ll always have with us the people who bankroll the faux outrage.  But, each day, it becomes more and more obvious to the people.  And, each day, the people become more and more fatigued with the outrage.  At some point in the very near future, if team Trump and conservatives stay the course, most of this noise goes away.  Then, the adults can have a conversation without all that background noise, and we can finally rid ourselves of the left/right paradigm.

This entry was posted in News and politics, Sports. Bookmark the permalink.

54 Responses to The Super Bowl!!!! And How It Is Like Our Fight Against The Left!!!!