Well, it’s been a while since I’ve written anything.  Watching the left act and react to their own idiocy is like a never ending story.  There’s always a promise of more to come, so, it’s difficult to write anything, knowing there will be more idiocy tomorrow.

That said, the recent demonstrations of the left, with their vitriol and hate needs to be noted.  It’s just one after another.  Here are a couple of videos from a Louisiana Senator’s townhall meeting.  The first is the booing and jeering while a chaplain is trying to say a prayer to open the meeting.

Are you kidding me?  Even if you’re not religious of any sort, wtf is wrong with you that you can’t be quiet for a moment and let the ones of faith continue and finish with their prayer?  This demonstrates what godless people they are.  Note the roar when the name of Jesus was invoked to end the prayer.

Of course, we knew they were godless Christian haters when we saw them attack the First lady when she led off a rally with the Lord’s Prayer.

The second vid is of the same townhall, where a veteran led the people in the Pledge of Allegiance.

Well, it kinda goes together.  Not only are the Godless Christian haters, they also loath our flag, the symbol of our nation.

But, it doesn’t stop there. 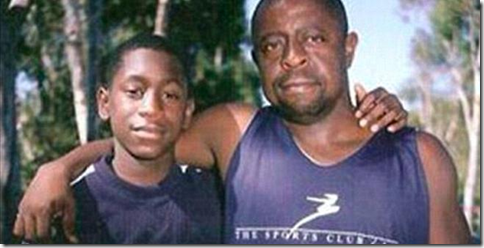 The man in this picture was present at Trump’s SOTU speech.  The child in the picture was murdered by an illegal immigrant.  When Trump …. well, I’ll let Townhall say it, my bold …..

Shaw was seated in the balcony when Trump reminded Democrats of the horrors of illegal immigration. During that portion of the speech, Democrats booed and remained seated.

Yep, congressmen and women actually booed, with the dad right there, as Trump told the story of his horrid plight.

What sort of horrid monster must you be to do such a thing?  And, yet, our leftards elected these monstrous people to represent them, how apt.

We’ve also seen the projection of the left’s anti-Semitism up front.  Their violence and hatred knows no bounds.

As we told you earlier, the FBI confirmed an arrest has been made in the investigation of bomb threats to Jewish Community Centers around the country. The arrested suspect is a disgraced reporter who had worked for The Intercept and later Media Blackout USA.

After a suspect was identified, The Intercept had a headline that needed some repairs due to preconceived notions. ……

Recently, there were several pro-USA, pro-Trump rallies.  Here’s a headline the leftards should be proud of  ……..

‘They called my flag a Fascist flag!’: More scenes from Berkeley Trump protest 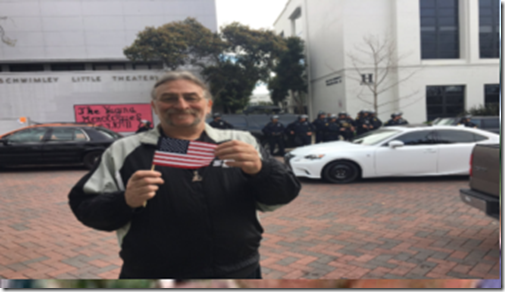 Here’s some more words about the same rally …

Most rallies went forward without disruption, apart from in Berkeley, California, where left-wing anarchists became violent after holding a counter-demonstration.

Ten people were arrested in scenes reminiscent of protests at UC Berkeley against former Breitbart editor Milo Yiannopoulos’s talk, while an elderly man could be seen lying in agony after being pepper-sprayed by the anarchists.

They pepper-sprayed an old man.  At a separate rally in Minnesota, ……

Violence also ensued at a rally in Minnesota, where 400 Trump supporters rallied around the state capitol rotunda in St. Paul, before being accosted by an anti-Trump counter-demonstration. According to the Minnesota Star Tribune, the conflict led to scuffles, and six counter-protesters were arrested.

These are contemptible people.  They are the scum of the earth.  They attack our elderly, they despise free-speech, they show nothing but contempt for their own country and fellow countrymen, and they’ve demonstrated their hatred towards God Almighty.  They’ve also demonstrated their racist nature and their tendency towards violence.

People, these are our enemies.

49 Responses to Leftarded Hate, Intolerance, and Violence On Full Display!!!!!