I Think This Is Probably Important ……. Bay Of Pigs Veterans!!! 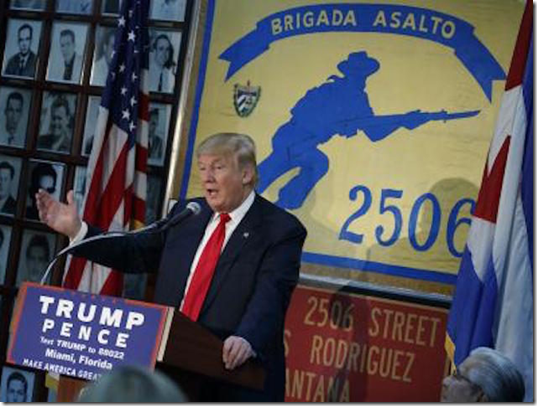 You can read the article by clicking on the link.

Now, sure, it’s much less important today than if it was 20 years ago, but, I believe there are still some strong feelings which run deep in Florida.  Now, I don’t know how the younger Cubans will react, but, when their abuelo and abuela tells them this is how they need to vote, I think it will cause more than a few to think about it, at least it surely would have in the few Cuban families that I’ve known.

As we get closer to election day, I’ll write more on this.  But, for tonight, just let me say that Florida is one of the few keys for Trump.  If he doesn’t win Florida, he doesn’t win the election.  It’s that simple.  He must also win a few other key states, but, there’s no winning without Florida.  I believe this was an important step towards securing Florida.

16 Responses to I Think This Is Probably Important ……. Bay Of Pigs Veterans!!!