Never Trumpers Embarrassing Everyone At The RNC 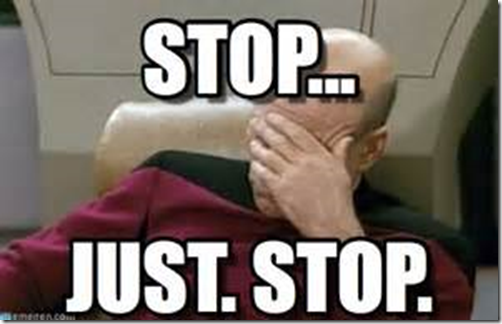 Look, everyone who reads this blog knows I’m no fan of Trump.  I think the Repubs went the wrong way.  But, that’s the way they chose.  The entire issue was settled when Trump went over the amount of bound delegates necessary to secure the Republican nomination.  It was over months ago.  Now, Never Trumpers wanted to change the rules of the nomination to unbound the bounded delegates.  And, they’re really, really madz because they were told “no”.

CLEVELAND –  Republican officials hastily adopted a set of much-contested convention rules Monday, setting off an unruly protest from anti-Donald Trump delegates on the first day of the Republican National Convention in Cleveland.

Those anti-Trump forces had hoped to challenge the rules that bind delegates to vote for the presumptive GOP nominee, as part of a last-ditch bid to at least disrupt his march to the nomination. But the convention’s presiding officer, Arkansas GOP Rep. Steve Womack, abruptly put the rules to a vote — twice — and declared them approved by voice.

This prompted loud objections from Trump opponents, who shouted “roll call vote” in a dramatic showdown that effectively ended the Never Trump movement, but also underscored the deep divisions that remain in the party even as the Trump campaign claims the GOP has united.

Those delegates were hoping for a state-by-state vote on the rules that bind delegates to back Trump.

“I have no idea what’s going on right now,” Utah Sen. Mike Lee said Monday, who helped lead the failed uprising. “This is surreal.”

Following the votes, almost all of the Colorado and half of Iowa delegations walked out. Former Virginia Attorney General Ken Cuccinelli and members of his state’s delegation were screaming “shame” amid the vote; he later told CNN the RNC “violated its rules.”  ……..

Now, for a moment, I would like to ask the never Trumpers to imagine what would have happened if they were successful in their efforts. ………

I mean sure, the end of the GOP might not be a bad thing, but, the most immediate effect would be to further divide the RNC.  I fully believe even unbound, Trump would still win the majority of the delegates, so the effort was likely to be not just pointless, but, so divisive as to having the RNC’s primary process never again be taken seriously.  But, this effort goes well beyond that.  Let’s say they were successful with the rule change and Trump didn’t get a majority of the delegates.  ……….  Who were they hoping for?  Romney?  Cruz? …….. It doesn’t matter who, nearly every Trump supporter would turn and walk away.  Hell, I would walk away.  You can’t tell the people they got it wrong and put up someone else.  That’s what the Dims do!!!!

Here’s the facts.  With Trumps rise in populism, and many coming to vote Repub for Trump, you can’t win without them.  This isn’t the turn I wished for the GOP, it’s the turn I got, it’s the turn we all got.  Right or wrong, it’s what we have, and what we have to deal with.  And, right or wrong, the alternative is Hillary and the Dims.  Again, to make the distinction between Repubs and Dims, conservatives tend to deal with reality.

I have great respect for both Mike Lee and Ken Cuccinelli, but, neither are dealing with reality at this moment.

55 Responses to Never Trumpers Embarrassing Everyone At The RNC