Hilarious, and sad at the response of the American people. 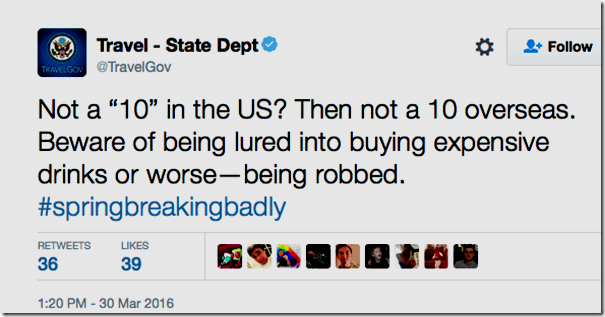 Townhall records some Tweet responses you can read at the link above.  Apparently, some Americans are pretty thin-skinned regarding their looks.  The State deleted the Tweet and apologized.

It’s probably sound advice.  But, it may not be that they’re just trying to scam or rob the homely lasses.  Mickey Gilley had something to sing about the dynamic of men, at some time of the night, approaching women.   ………  Tell it Mickey!

This entry was posted in Music, News and politics. Bookmark the permalink.