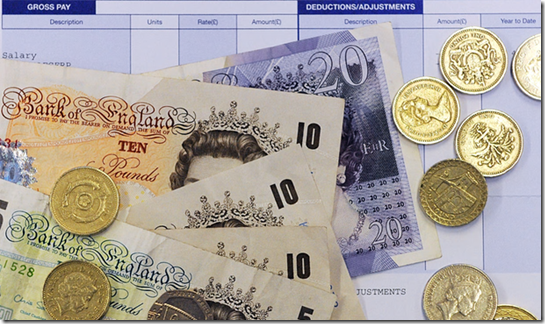 Wow, so the leftist rag, The Guardian printed this!

Average pay growth for Britain’s workers is likely to stall at about 2% in 2016, as the ready availability of migrants makes it easy for employers to fill vacancies, according to a forecast of the labour market.

In its annual assessment, the Chartered Institute for Personnel and Development (CIPD), which represents the human resources profession, says job creation will remain strong over the next 12 months, but wage growth has reached a plateau.

Its assessment of UK earning prospects are less bullish than those of the Bank of England and the government’s independent forecaster, the Office for Budget Responsibility. Both expect average pay to expand by about 3.5% in 2016, helping to rebuild living standards dented by the long post-recession pay squeeze.

But the CIPD says that while up to 400,000 jobs are likely to be created the next year, there is little evidence of a skills shortage, making it difficult for workers to demand generous pay rises. 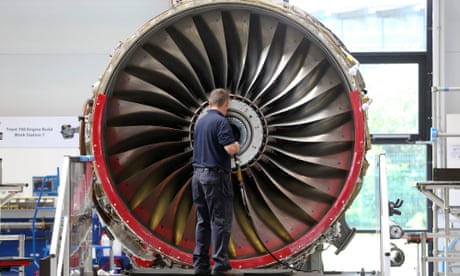 Factories forecast to shed tens of thousands of jobs in 2016

Mark Beatson, the institute’s chief economist, said: “Our research shows that most employers remain confident about recruitment going into 2016 and most say they have a choice of suitable candidates for most positions.

“With record levels of net migration into the UK increasing the supply of labour, it doesn’t look like we’re going to see a skills crunch any time soon. Our research shows pay expectations for the year ahead centred on a 2% increase.”

With inflation close to zero, and expected to bounce back only gradually in the new year, that would still deliver a rise in living standards for workers. But with average weekly earnings still 9% below 2008 levels in real terms, the CIPD’s forecasts suggest it is likely to be some time before real incomes recover to pre-crisis levels. …….

You can read the rest at the top link.

Now, this is really, really strange because I can’t recall a leftist rag from any country actually print that importing cheap labor equates to wage suppression.  Imagine if that were printed in say …. Germany, or, well, the US.  In fact, you don’t really see this from any print media, left or (sorta) right.  You don’t really see it much in the big right leaning blogs, either.

But, now, perhaps, people will start highlighting this as yet another problem with mass immigration.  In the US, I can only hope it serves as a spark to dismantle the political money machine/advocacy group known as the Chamber of Commerce.  Their shortsightedness and betrayal of the American middle class/working class makes them deserving of nothing less than complete dismantling.

When I write “shortsightedness” I do so because it is self-destructive to the very people advocating the cheap labor.

Cheap labor is always a stop-gap and temporary condition.  Consider this article from Breitbart ……

Author Michael Daugherty believes that technology as a “double-edged sword” will be responsible for major shifts in the workplace, as companies seek a level of efficiency that will cause jobs to “evaporate.”

In an interview with Stephen K. Bannon of SiriusXM’s Breitbart News Daily, Daugherty speaks to the rapid advancements in technology influencing everything from medicine to our everyday lives amidst the birth of the “Internet Of Things.”

Daugherty, President and CEO of LabMD, is the author of The Devil Inside the Beltway – The Shocking Exposé of the US Government’s Surveillance and Overreach into Cybersecurity, Medicine and Small Business.

He warns of the government’s lack of understanding and accountability in the process, calling it “the worst and most unsafe part of the U.S. economy,” as a “culture of lumbering bureaucracy, covering for each other [with] no accountability.”

Daugherty also sees businesses moving toward “the most inexpensive, efficient thing,” observing that “human are erratic, they create problems, they’re expensive, they sue.” Alongside advances in automation technology, he believes that this could create a “perfect storm” in which many of the less educated are “left out in the cold.”

He believes that politicians have been given too much authority to govern medicine and technology without understanding either. “When I’m sick, I don’t call my congressman,” he quips, “when my computer crashes, I don’t call my senator.”

Sigh ….. one of the things we’ve always had with us since the start of the industrial revolution is Luddites, always, Luddites are with us.

But, it is true, the less educated never fare well as technology advances.  This is why the US fared so well in mid 20th century.  Relative to much of the world, the average American worker was pretty well educated.  That’s why Britain did well prior, and why Germany was able to economically compete after the WWII devastation.

And, it is true, technology continues to advance at an exponential rate and it will continue.  But, probably not in the mentioned nations.  In other words, organizations such as the US Chamber of Commerce is begging for lettuce pickers when it is most likely in the near future someone will be building an automated lettuce picker.  When we will have an abundance of meat packers, we’ll have someone else building us more automated meat packing equipment.

Many of the businesses the Chamber represents will cease to be because they’re too stupid to understand this inevitable thing.  They will have focused and invested improperly, while someone else, probably not within the boundaries of the mentioned nations will have seen the inevitable, planned and invested properly, and hired workers to make such equipment.  Those businesses, those nations, those people will then be prosperous, while our nations sink into the abyss of economic ruin and turmoil by importing the unskilled and uneducated from failed cultures and societies.