The Donald Is Officially A Moron!!!! Renews Fight With Fox News!!!!

Well, this is what hubris and political inexperience will get you ……. stupidity!

Fox News CEO and Chairman Roger Ailes on Tuesday called for Donald Trump to apologize for his “unprovoked attack” against host Megyn Kelly, after the Republican presidential candidate made a series of disparaging comments about “The Kelly File” host on Twitter the previous evening.

“Donald Trump rarely apologizes, although in this case, he should,” Ailes said in a statement. “We have never been deterred by politicians or anyone else attacking us for doing our job, much less allowed ourselves to be bullied by anyone and we’re certainly not going to start now.”

Trump targeted Kelly after she asked him a number of tough questions during a Fox News-hosted debate by GOP presidential candidates on Aug. 6. A series of subsequent remarks by Trump led to a clear-the-air conversation with Ailes, and the candidate has since made a number of appearances on Fox News programs.

But Trump renewed his attacks on Monday night, during Kelly’s show. In a series of tweets, Trump criticized Kelly’s handling of an interview segment on her show, claimed her just-concluded and long-planned summer vacation with her family was in fact unscheduled, and retweeted a tweet referring to her as a “bimbo.”

Trump issued a response later Tuesday afternoon, saying “I totally disagree with the Fox statement.” Trump also repeated his claims that Kelly’s questioning of him during the debate “was very unfair.”

Some of Kelly’s Fox colleagues also came to her defense on Tuesday. Bret Baier, who moderated the debate with Kelly and Chris Wallace, tweeted that “this needs to stop.” Brian Kilmeade said on “Fox & Friends” that Trump’s comments bothered him personally.

“We are all friends with Donald Trump, but he is totally out of bounds reigniting that fight,” Kilmeade said. “I don’t know if he’s trying to get ratings out of that or poll numbers, but he’s not going to be successful.”

“Donald Trump’s surprise and unprovoked attack on Megyn Kelly during her show last night is as unacceptable as it is disturbing. Megyn Kelly represents the very best of American journalism and all of us at FOX News Channel reject the crude and irresponsible attempts to suggest otherwise. I could not be more proud of Megyn for her professionalism and class in the face of all of Mr. Trump’s verbal assaults. Her questioning of Mr. Trump at the debate was tough but fair, and I fully support her as she continues to ask the probing and challenging questions that all presidential candidates may find difficult to answer. Donald Trump rarely apologizes, although in this case, he should. We have never been deterred by politicians or anyone else attacking us for doing our job, much less allowed ourselves to be bullied by anyone and we’re certainly not going to start now. All of our journalists will continue to report in the fair and balanced way that has made FOX News Channel the number one news network in the industry.”

Well, there’s that!  There’s so many aspects to this, I don’t really know where to begin.  But, I’ll start with this ….

Never pick a fight with people who buy ink by the barrel. —– Mark Twain

Now, the Donald may be confused here.  For conservatives such as I, we welcome anyone who would challenge the LSM.  I do consider Fox News as part of the LSM, but, an overwhelming majority of Republican voters do not.  Donnie, boy, you may wish to consider which side of your bread is buttered by whom.

Look, people, the sad fact of the matter is, if you’re running for the Republican nomination, today, you need to have Fox News.  It shouldn’t be that way, but, it is.  Trump should know this.  Sure, he got a bump by expressing his dissatisfaction with the debate’s questions.  That’s because the questions were indeed directed at him.  But, how you properly respond is play it like a boss!  Which, he did, up until this point.  Trump and Ailes made up, and all was good.  But, we see Donnie boy still has some butthurt and he allowed his personal animosity rule his words and judgment.  It doesn’t look very presidential.

Now, look at the personalities defending Megyn Kelly ….  Bret Baier, Chris Wallace, Brian Kilmeade, Sean Hannity, and most importantly, their boss, Roger Ailes.  That’s a fantastic collect of people you don’t want to have line up against you if you’re running for a Republican anything.  I remember watching Bret Baier years ago, thinking, ‘nice kid, but, that boy is never going to make it.’ He’s a nice guy who people trust.  At least, that’s the image he portrays, and he does it well.  Chris Wallace??????  Don’t piss that guy off!!!  Especially if you’re Donald Trump!  Trump has some many issues with his history I can’t name them all.  Chris Wallace knows all of it and much more than I do.  He was born in the beltway!  His dad was a high profile “journalist”.  With the skill and ability Chris has shown over the years, I’ve always been thankful he didn’t play like his dad, but, let’s not for a moment pretend he doesn’t know how.  And, then, Sean Hannity!!!!  WTF?  That’s Donald’s demographic!!!!  I promise you, the majority of Trump’s supporters watch Hannity with a regularity.  Don’t get me wrong, I like Hannity.  But, I didn’t watch much of him even when I had cable.  I usually liked his advocacy, but, his arguments are not cerebral enough for me.  I’m not calling Hannity or his viewers stupid, he and they are not, but, he skips steps in bringing the logical argument home.  They’re red meat eaters!

But, that brings me to the last stated reason why Trump’s attack was stupid. 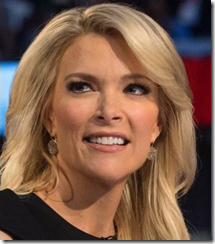 Okay, Donnie boy, you made your point.  You didn’t like the questions you were given at the debate, specifically from Mz. Kelly.  I didn’t like them, either. But, now, that’s besides the point.  Now, you’ve created a different point, and it’s a fail!

Who, Donnie boy, are your supporters?  Well, they’re mostly conservative males.  Now, attacking an attractive woman won’t make a damn bit of difference with the beta-males of the left.  But, for meat-eating alpha-males, the instinct is to rush to the aid of a woman in distress.  It’s simply instinct.  If she’s pretty, then, the more powerful the instinct is.  Man!!!!  You have to understand this dynamic!  If you can’t understand this simple and basic human dynamic then you are unqualified to be president!

Beta-males already hate you, alpha-males are fighting their instincts to attack you, most women voters are turned off by you, and you’re making enemies of the people most Repubs tune into to get their news.  And, you want the Repub nomination?  Good call, dumbass!  You should fire your political advisor …….. wait!!!!  You already did!  Moron!

44 Responses to The Donald Is Officially A Moron!!!! Renews Fight With Fox News!!!!