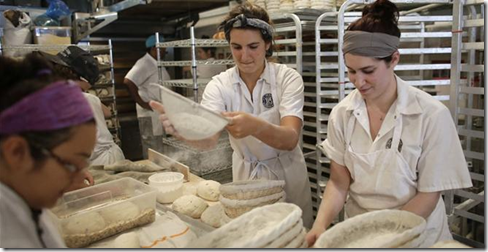 This is beyond pathetic, in terms of both the cheerleading of the AP and the actual economic performance.  The consistent over-estimation of GDP growth has always been pathetic.

WASHINGTON (AP) — The U.S. economy posted a solid rebound in the April-June quarter after a harsh winter, led by a surge in consumer spending and a recovery in foreign trade that bode well for the rest of the year.

It also ended up squeezing out some growth in the first quarter, reversing an earlier estimate that the economy shrank at the start of the year.

The Commerce Department said Thursday that the gross domestic product, the economy’s total output of goods and services, grew at a 2.3 percent annual rate in the second quarter. The government also said GDP in the January-March period grew 0.6 percent instead of shrinking at a 0.2 percent pace.

The latest results mirror a familiar pattern over the last few years. The economy has consistently underperformed in the first quarter and then revved up in the spring and summer. The uneven momentum has contributed to overall tepid growth since the Great Recession officially ended in June 2009. It’s been the slowest recovery since World War II.

Revised GDP figures for the past three years released by the government Thursday reveal that the economy’s already-modest growth since 2011 was even weaker than thought.

Economists, however, are hopeful about the rest of 2015. They expect overall GDP growth to continue strengthening in the second half of this year to around 3 percent, as consumer spending benefits from sizable employment gains. The upbeat outlook explains why the Federal Reserve appears on track to start raising interest rates this year.

On Wednesday, the Fed noted that the job market, housing and consumer spending have all improved. But it kept a key rate at a record low near zero, where it’s remained since 2008. The Fed said it still needs to see some more gains in the job market and feel reasonably confident that low inflation will move back to its 2 percent target rate.

Many economists peg September for the first rate hike, while others say the Fed might wait until the end of the year.

The Fed, which has been worried that inflation has hovered consistently below its 2 percent target, got some better news on that front. The new GDP report showed that overall prices, which had been declining for two quarters because of the steep plunge in oil prices, rose at a 2.2 percent rate in the second quarter. Excluding food and energy, prices accelerated 1.8 percent from 1 percent gains in the previous two quarters.

“The economy is not booming along but that doesn’t mean it is soft either,” said Joel Naroff, chief economist at Naroff Economic Advisors. “It is growing fast enough to keep job gains at a level so that the unemployment rate will continue declining.”

Naroff said economic data over the next two months will determine the Fed’s timing.

The second quarter growth figure was the best showing since a gain of 4.3 percent in the third quarter of last year. The GDP report was the government’s first of three estimates.

The changes result from Commerce’s annual revisions to its growth data, which are based on updated data from the Census Bureau, IRS and other agencies.

The modest expansion has raised concerns that the U.S. economy has entered a period of historically slow growth. The nation’s workforce is growing at a weaker pace, and employees are less efficient than before the recession, government data show. Those trends could restrain future economic growth. ……. blah, blah, babbbing …. blah, blah.  You can read more of the inane babbling at the link.

There’s such stupidity in this article one hardly knows where to start!  But, let’s start at the reported “solid” 2.3% annualized growth.  That’s not solid.  It’s rather poor.  That would barely keep pace with population growth.  And, mind you, this is after the lunatics revised the definition of GDP, to where it now includes idiotic things such as unfunded pensions.  Even after the revisions, we can’t get a 3% annualize growth in the US!  About the only correct thought the article asserted is that this is the absolute worse post-recession economy the US has ever seen in the modern era.

But, all of this pretends that the reported 2.3% is actually real.  It isn’t.  They always get revised down.  If they’re consistent, expect the 2nd quarter to be revised down to about 2% at some point in the future.  Which makes the reported 2.2% inflation jump really problematic.  What this means is that our “solid” economic growth isn’t keeping pace with inflation.  Not even the low-balled number the Feds use in calculating inflation.

But, we don’t have to fiddle with numbers such as the imagined GDP growth rate or the understated inflation rate.  The American people know the economy sucks.  They can babble about low unemployment all they want, it doesn’t change the fact that there isn’t enough good paying jobs to go around.  Trips to the grocery store costs as does trips to anywhere, all the while our pay stagnates.