What? No Deflationary Spiral?!?!?!?!?! How Can This Be? Leftarded Malicious Stupidity Exposed!!!! Yet, They Continue To Spew!!!! 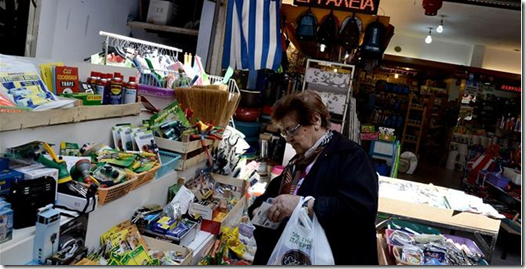 Well, it seems the people of the Eurozone are escaping the dire clutches of lower prices.  What a relief!!!  I was scrambling to put together care packages for our friends in the Eurozone.

But, of course, we all know this is impossible.  Once prices start to lower, people quit buying stuff they need because they think the prices might go even lower, so they just quit buying stuff like food, clothes, electricity, gasoline, tires, washers and driers ….. etc …. because prices might be lower a few months from now.  This causes an economic calamity, which has happened never.

The drop in consumer prices in the eurozone has come to an end after four months, easing concerns about a long-term decline that can choke the economy.

Eurostat, the European Union’s statistics agency, said Thursday that consumer prices were unchanged in the year through April, up from the 0.1 percent fall recorded the previous month.

The flat reading was in line with market forecasts and reinforces expectations that the impact of lower oil prices is moderating. In the year to April, energy costs were 5.8 percent lower, against the 9.3 percent fall recorded in January.

Energy costs were the main reason why consumer prices in the eurozone fell between December and March. Fears that a long-lasting period of falling prices could weigh on the eurozone economy were largely behind the European Central Bank’s recently launched 1.1 trillion-euro ($1.2 trillion) monetary stimulus. More money in the economy has the potential to stoke inflationary pressures as does the consequent fall in the euro, which raises the price of imports.

At first glance, a drop in prices sounds nice — particularly for consumers getting goods for cheaper.

The problem confronting ECB policymakers was not about the short-term fall in prices. Its concern centered on the possibility that prices might fall consistently over time. Such a longer-term, called deflation, encourages people to put off spending and can prove difficult to reverse because it requires altering people’s expectations. It can lead to years of economic stagnation, as in Japan over the past two decades, or at worst, into something more pernicious, such as the Great Depression of the 1930s. ….

Though deflationary pressures appear to have eased somewhat, the ECB still has a long way to go before inflation is where it wants to be. Its aim is to have prices rising at a tad below 2 percent annually. ….

This notion is an insidious attack on people worldwide.  Central banks world wide target an inflation rate without regard to the accumulated wealth of the people.  Given the fall of the Euro, and the herculean efforts of the ECB to cause inflation, all else being equal, this is simply an effort to impoverish the people who possess Euros.  It’s disastrous for the people!  Unless they’re getting raises equivalent or greater than the fall of the currency and the rise of inflation, then, they’re losing wealth and their pay is losing value!

How much value have the people holding Euros lost to the US dollar over the last several months?  And the ECB wants more inflation?  Damn those ideological bastards!  The Weimar Republic wasn’t a good enough example for the people of Europe?

There is never, once, an example of lower prices causing any economic harm to any people, nation, or entity.  Lower prices equate to more wealth for the people ….. always!  Inflation, OTOH, has caused horrid harm to the world, expressed in many different ways.

37 Responses to What? No Deflationary Spiral?!?!?!?!?! How Can This Be? Leftarded Malicious Stupidity Exposed!!!! Yet, They Continue To Spew!!!!