I Remember When!!!! Paul Homewood Demonstrates More Temperature Malfeasance By The Warmist Lunatics!!!!

Well, I am just a bit jealous.  My time is at such a premium these days I really can’t do such work.  I hope to be able to in the near future, but, right now, I just don’t have the time.  Thank goodness for people like Paul.

Breitbart and Delingpole have this ….. 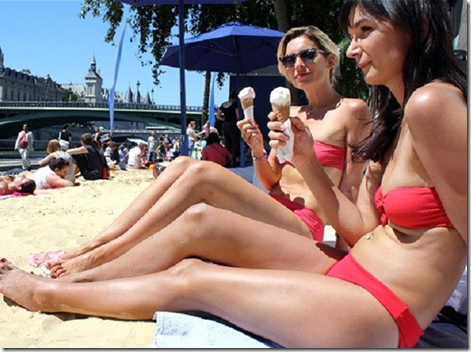 FORGET CLIMATEGATE: THIS ‘GLOBAL WARMING’ SCANDAL IS MUCH BIGGER

How can we believe in ‘global warming’ when the temperature records providing the ‘evidence’ for that warming cannot be trusted?

It’s a big question – and one which many people, even on the sceptical side of the argument, are reluctant to ask.

Here, for example, is one of the two most prominent English sceptics in the House of Lords, Matt Ridley outlining his own position.

I am a climate lukewarmer. That means I think recent global warming is real, mostly man-made and will continue but I no longer think it is likely to be dangerous and I think its slow and erratic progress so far is what we should expect in the future. That last year was the warmest yet, in some data sets, but only by a smidgen more than 2005, is precisely in line with such lukewarm thinking.

Though I’ve no reason to doubt the sincerity of Ridley’s position, I can also see plenty of reasons why it would be a politically convenient line for him to take. The same applies to Lord Lawson’s position on climate change and Bjorn Lomborg’s position on climate change. All of these distinguished figures on the mildly sceptical side of the argument have taken the view that the figures provided by the various scientific institutions, such as the Climatic Research Unit at the University of East Anglia and NASA GISS, as relayed to us in the assessment reports of the Intergovernmental Panel on Climate Change, are broadly trustworthy. Their beef is not so much with “the science” as it is with the political hysteria and green propagandising that has accompanied that science, as well as with the counterproductive policies resulting from it.

To repeat, these may be earnest, heartfelt positions but they are also politically expedient ones. What it means is that in debates Lomborg and Lords Ridley and Lawson don’t come across as too “out there.” It means that they cannot, by any reasonable stretch, be tarred as “deniers”. Not only are they not denying the existence in “global warming” but they’re not even that far off from where the mainstream “consensus” is.

This all seems to me tactically wise. If their positions weren’t so eminently “reasonable” they would be invited to speak at organisations like the BBC even less often than they are already.

What it does, unfortunately, mean, though, is that those of us on the sceptical side of the debate who want to push the argument a bit further are put in danger of being made to look like extremists. Crazed conspiracy theorists even.

So before I go into technical detail about why the temperature records are suspect, let me provide an analogy which ought to make it perfectly clear to any neutral parties reading this why the problem I’m about to describe ought not to be consigned to the realms of crackpottery.

Suppose say, that for the last 100 years my family have been maintaining a weather station at the bottom of our garden, diligently recording the temperatures day by day, and that what these records show is this: that in the 1930s it was jolly hot – even hotter than in the 1980s; that since the 1940s it has been cooling.

What conclusions would you draw from this hard evidence?

Well the obvious one, I imagine, is that the dramatic Twentieth Century warming that people like Al Gore have been banging on about is a crock. At least according to this particular weather station it is.

Now how would you feel if you went and took these temperature records along to one of the world’s leading global warming experts – say Gavin Schmidt at NASA or Phil Jones at CRU or Michael Mann at Penn State – and they studied your records for a moment and said: “This isn’t right.” What if they then crossed out all your temperature measurements, did a few calculations on the back of an envelope, and scribbled in their amendments? And you studied those adjustments and you realised, to your astonishment, that the new, pretend temperature measurements told an entirely different story from the original, real temperature measurements: that where before your records showed a cooling since the 1940s they now showed a warming trend.

You’d be gobsmacked, would you not?

Yet, incredible though it may seem, the scenario I’ve just described is more or less exactly analogous to what has happened to the raw data from weather stations all over the world.

Take the ones in Paraguay – a part of the world which contributed heavily to NASA GISS’s recent narrative about 2014 having been the “hottest year on record.”

If it wasn’t for the diligence of amateur investigators like retired accountant Paul Homewood, probably no one would care, not even Paraguayans, what has been going on with the Paraguayan temperature records. But Homewood has done his homework and here, revealed at his site Notalotofpeopleknowthat, is what he found.

He began by examining Paraguay’s only three genuinely rural weather stations. (ie the ones least likely to have had their readings affected over the years by urban development.)

All three – at least in the versions used by NASA GISS for their “hottest year on record” claim – show a “clear and steady” upward (warming) trend since the 1950s, with 2014 shown as the hottest year at one of the sites, Puerto Casado.

Judging by this chart all is clear: it’s getting hotter in Paraguay, just like it is everywhere else in the world. …

There’s more to read and see at the link.

If you go to his post, you can see some warmists trying to rationalize how NOAA inverts measured cooling to warming.

What if someone was to “invent” a few rural weather stations, with no TOBS correction needed, with an overall trend of zero and/or cooling and randomly place them within the various temperature correcting data sets?

Promised and guaranteed they would be corrected to show warming.

Apparently, what the lunatics don’t know, or, intentionally ignore, is the fact that temperature is local.

There is a term for what these lunatics are doing ….. I mean other than lying.  It’s a math and stats term, but, it escapes me right now.

Effectively, what they’re doing is double dipping.  Assuming the temp trackers are honest, but, stupid, they believe these temperature stations are in error.  In the world of stats and numbers and whatnot, it is possible.  We have data sets, and some of the numbers can be erroneous.  When I worked in the electric utility sector, I’d come across these, from time to time … erroneous readings.  But, this happens in all sorts of large data sets.  Something is read wrong and/or copied wrong.  What one does about it depends on the circumstances.

In this instance, we see 3 stations closely proximate, and in general agreement.  The temp lunatics don’t believe the raw data to be correct.  What do you do about that?  A rational person would then say, okay, let’s disregard these temp stations.  We’ve no way of knowing what they really were, and we’ve a large enough data set that we don’t need these 3 stations.  Now, mind you, they do need these stations, because the area they cover … but, that’s a different story.

Instead, what the lunatics are doing, and are doing all over the world, is to recreate the temp record of these stations, and, rather than showing cooling, which the actual readings show, they cause them to show warming.  And, then …. and that’s important, ….. and, then, they add the recreated warming to the rest of the data set, which shows warming.

It’s absurd!  It takes numbers and sets them on their heads!

The reported average temperature of the globe is nothing but the average of the collective imagination of the warmist lunatics.  There is simply no mathematical justification for what they’re doing.  They’re averaging their own corrections.

13 Responses to I Remember When!!!! Paul Homewood Demonstrates More Temperature Malfeasance By The Warmist Lunatics!!!!