LOL!!! Timing Is Everything! Alarmists Worried About Penguins Because Of Melting Sea Ice!!! 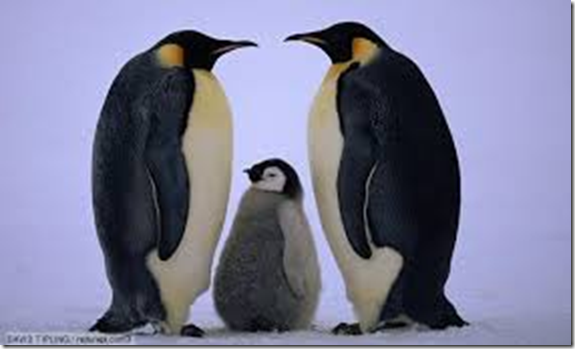 You really have to love the obliviousness of our climate scientists and journalists.  Why, it’s almost as if they just make stuff up!!!

First, let’s read a shocking story about the near eminent demise of our poor, poor emperor penguins.  This is from the UK’s Independent

Global warming is melting sea ice so fast that more than half of Antarctica’s population of Emperor penguins are set to be wiped out by the end of the century, according to alarming new research saying they should be listed as an endangered species.

Not a single one of Antarctica’s 45 known colonies of Emperor penguins will be immune to melting sea ice, with at least two-thirds likely to see their populations decline by more than half, the report warns.

“If sea ice declines at rates projected by the climate models and continues to influence Emperor penguins as it did in the second half of the  20th century in Terre Adelie, none of the colonies, even the southern-most locations in the Ross Sea, will provide a viable refuge by the end of the 21st Century,” warned lead author Dr Stephanie Jenouvrier.

She called for the Emperor to be given “endangered species” status to help reduce the damage climate change is inflicting upon them.

Bastardi: ‘No end to excuses’ as Antarctic sea ice breaks all time record

Yep, the Antarctic has broken another record for measured sea ice.  I’ll put up a couple of graphs to demonstrate how long the Antarctic sea ice has been gaining.  Here, I used a 365 day moving average.

For those who like anomalies, I’ll give you this.

It’s like they’re not even trying any more.  They just babble hyperbole with no basis, at all.

Source for the graphs

5 Responses to LOL!!! Timing Is Everything! Alarmists Worried About Penguins Because Of Melting Sea Ice!!!