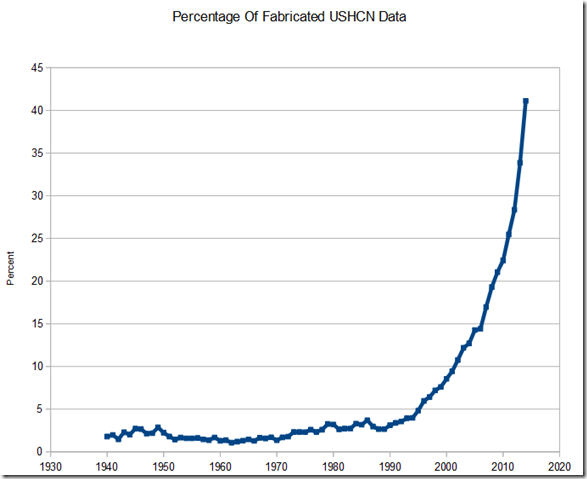 This is unnecessary, senseless, and frankly demonstrates a character flaw.

So, lukewarmers and near skeptics are attacking Steve, again.  This time, though, they’ve even managed to wander outside the skeptic community.

We see this at the Libertarian magazine, Reason.

And, this is one of the many reasons, I don’t link to Reason, very often.  This is a rag blog post which gives us nothing but one side of the argument.  I hope Mr. Bailey doesn’t actually believe this is any sort of journalism.

For those who may not be aware, Steve Goddard (pseudonym) runs a terrific blog Real Science.  Steve goes about it a little differently than I do, but, I think we complement each other quite nicely.  The second graph I posted is from Steve’s blog.  I would invite people who are not familiar to pop over there and just scroll down for a while.   He puts out a lot of information, and it’s all fact based.

Recently, he’s been showing the malfeasance of our government lunatics who call themselves scientists.  Apparently, Steve’s been making some good headway with this.  Lukewarmers, such as The Blackboard seem compelled to respond.

The attack by the Blackboard, and Anthony’s response to an inquiry seems to be all the journalistic integrity Mr. Bailey could muster.

Don’t get me wrong.  There’s some fantastic mathematicians and statisticians at The Blackboard.  And, the skeptic community, indeed, the world, owes a bit to Anthony.  His WUWT blog was the first that allowed for average, everyday people an opportunity to see the controversies with the climate issues.  There were other skeptic blogs before Anthony, but, some of them were pretty heady and difficult to follow for the novice in maths and sciences.

The problem with the Blackboard’s response to Steve’s postings is that it fails in reasoning and logic.  The maths are quite good, I’m certain.  But, they fail to understand what they’re seeing.  Steve isn’t failing to understand, although, it may be some of his plain bluntness is failing to capture all of the nuances in the temp record.

What The Blackboard did was actually affirm Steve’s assertions.  The first graph I posted is from The Blackboard.  Essentially, it affirms what Steve is saying.  The USHCN used to have 1214 stations which reported real data.  Now, they have about 800 or so stations.  But, we keep reporting temps from the dropped stations via gridded infilling.

The Blackboard made it a point to say Steve made two errors.

Where did Goddard go wrong?

Goddard made two major errors in his analysis, which produced results showing a large bias due to infilling that doesn’t really exist. First, he is simply averaging absolute temperatures rather than using anomalies.

His second error is to not use any form of spatial weighting (e.g. gridding) when combining station records. While the USHCN network is fairly well distributed across the U.S., its not perfectly so, and some areas of the country have considerably more stations than others. Not gridding also can exacerbate the effect of station drop-out when the stations that drop out are not randomly distributed.

And, this is the problem.  We know that the stations dropping out are not randomly distributed.  Later, they give us their rationale ….

This difference is largely due to the changing composition of  stations in the network over time. Interestingly, simply spatially gridding absolute temperatures eliminates much of the difference, presumably because the other stations within the grid cell have similar climatologies and thus avoid skewing national reconstructions.

This is a presumption which is demonstrably false, which lays waste to their first argument.  They say you have to use anomalies because of the changes in the stations.  But, is is precisely because the movement and dropping of stations which is the problem.

The Blackboard shows the drop-off of reporting stations.  I’m quite certain they know the drop off is not random distributed.  It’s mostly rural stations which are dropping off.  They know rural stations will report cooler absolute temps than urban located stations, but simply assume the anomalies will cover the differences.  That is to say, yes, it’s cooler in the rural areas, but, the changes in the temps are the same.  If it gets 10 degrees cooler in the rural areas, it would get 10 degrees cooler in the urban, or warm the same.

But, that’s wrong.  It’s always been wrong, and continues to be more wrong with each passing year.  It’s sophomoric, and frankly born from willful ignorance and a hatred for plain speaking.  It’s a form of affirming their arrogance.  With their babbling bs, they’re essentially saying, Steve’s wrong because we believe we’re smarter than he is and the rubes who believe we shouldn’t just be making up data.

Let’s think about this, for just a moment.  Recently, there’s been a paper published …. I’d give the link, but, I don’t want to take the time to look for it.  I posted about it, I think, but, it wasn’t anything earth shattering.  It was something we all knew, already.  Essentially, it stated that more and more people have access to air-conditioning.  So, as the summer comes into full swing, more and more people are turning on their ACs.  As, more and more people turn on their ACs, it dramatically (relative) effects the local temperatures.  Anyone doubting this, go stand behind an AC on a hot day.

Tell me, if the natural local temperature increases to where everyone who can runs their AC, would there be more, less, or the same temperature differential in the urban vs rural settings?  Obviously, plainly, and self-evidently, the rise would be more in the urban settings than the rise in the rural.  It doesn’t matter how big your grid is.  If you’re basing your temp change (anomalies) more on urban settings than rural, then you’ll see a larger change.  You will in the summer, and you will in the winter.  Apparently, they don’t teach logic or critical thinking, any longer.  Your maths can be as sophisticated as Einstein’s, but, if you lack logic and critical thinking, they’re useless.

Further, even the notion of a gridded area with near equal population distribution having the same climatology is a utter, nonsensical notion. 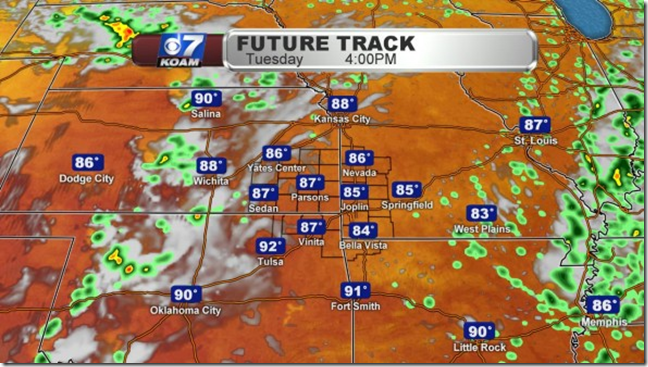 Yeh, sure, the changes are all the same, or will average out to be the same.  We know this because ….. well, we don’t know this.  But, some people really good with maths assume this because it meets their conceptions of data and numbers, which is unrelated to the actions of the earth.

Clearly, Little Rock and Salina have the same climatology.  Or, Tulsa and Sedan….. right?

They make a presumption, they can’t possibly know, and use that as the base of their post supposedly refuting Steve.

Well, I’m not a mathematician, but, I am a database manager.  I have, in the past, used infilling for an estimate.  But, had I ever used the infilling based upon nearly 40% of missing data, without a demonstrable history which demonstrates the infilling to be correct, and swear that it was exactly and precisely correct, I would have gone to prison, and rightfully so.

Gridded infilling for temp data is one of the most incorrect ways to go about finding an average temperature of any area, much less the globe, than I can think of.  It’s simply a fabrication.  People may feel it’s justified, but, it is no less of a fabrication.

Consider how much the lunatics believe we’ve warmed.  ….. about 0.8 deg C.  They can’t tell us from what temp to what temp we’ve warmed, but, they believe it’s about 0.8 deg C.  But, they use gridded infilling in areas which vary by well over 2 degrees C on any given day.  And, they assume the changes are the same from one location to another, within a certain area.

Who’s betting Little Rock’s winter temps to be the same as Salina’s next year?

Some may scoff at this, but, in all data sets, there is a starting point.  What was Salina’s when GISS started their data set?  What was Little Rock’s?  Prolly, 90 deg F for both, right?

As to Anthony.  Anthony, please stop.  This isn’t becoming.  I understand you don’t agree with his style.  But, he’s not the only one being stubborn.  Let it go.

Never ascribe malice to what can be explained by simple incompetence.

But, it is malice if they’ve been told, and refuse to address the problem, and instead, increase the problem.  Anthony, it is malice!  These are predators and parasites.  You’re trying to assign traits to them which are demonstrably untrue.  These people are Malthusians, they’re Marxists, they’re globalists.  They despise the notions of individual rights, and the advancement of humanity.  They would rather lie to us about polar bears drownings than tell us the truth.  But, you don’t believe they’d intentionally lie to us about the temperatures.  That makes no sense.

Did I explain, to where the readers understand how The Blackboard was wrong?  Or, do I need to go into further detail?

Did I demonstrate that some writers at Reason cannot be trusted to give you an honest piece, or do I need to go into further detail?

This, combined with his inability to openly admit to and correct mistakes, is why I booted him from WUWT some years ago, after he refused to admit that his claim about CO2 freezing on the surface of Antarctica couldn’t be possible due to partial pressure of CO2.

That’s quite a different story you told us when Steve left WUWT.  Further, CO2 freezing on the surface of the Antarctica has no play in the temps at the Antarctica.  I would also note, Steve has never called you out for anything, to my knowledge.  Even though, your comments on The Blackboard and discourse with Mr. Bailey attacks “Steve”, he refers to you as a “Well Known Skeptic”.

And, to Anthony, specifically,

PS.  Yes, I’m drinking beer right now.  And, even with half my brain tied behind my back, I’ll still be too much for alarmists and lukewarmists.