Question …. Did England Even Ever Have A KKK? 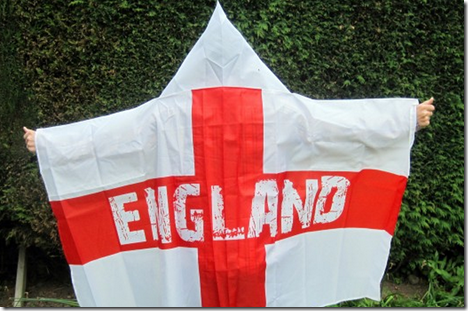 LONDON — British supermarket chain Asda has been criticized for the design of its World Cup wearable England flags that some customers say resemble hoods worn by the Ku Klux Klan.

Designers of the flag — a St. George’s Cross with the word “England” on it — included a white hood.

In response to customer complaints on Twitter, Asda says on Friday “it’s simply a flag with a hood — nothing more, nothing less,” adding that designers “opted for a hood as you never know what the British weather will bring.”

Why would the English give a flying f—k about whether or not a cape with a hood resembles a KKK hood or not?  As far as I know, the KKK is uniquely American.  Leftist hate groups elsewhere, express themselves differently.

This entry was posted in News and politics, Sports. Bookmark the permalink.

10 Responses to Question …. Did England Even Ever Have A KKK?