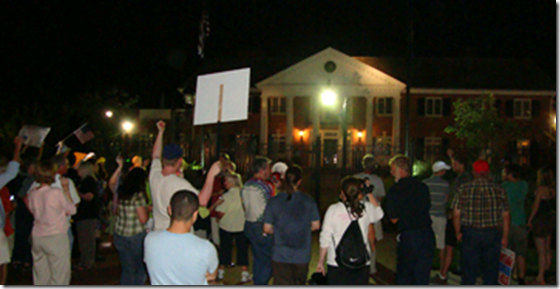 Well, if nothing else, this ought to get the nutters agitated!!!  Good LULZ to be had, I think!

HuffPo and other lunatics have the sadz …….

Awww ……   Turns out, the State Dept, once again, sees no reason why we shouldn’t develop the pipeline.  Best of all, in confirms exactly what us advocates have said since the beginning ……  The oil will get developed regardless of the pipeline, and the pipeline is the best way to transport the oil.

WASHINGTON (AP) — The proposed Keystone XL oil pipeline from Canada has cleared a significant hurdle after the State Department raised no major environmental objections to its construction.

The department’s report was released Friday. It says Canadian tar sands are likely to be developed regardless of U.S. action on the pipeline and other options to get the oil from western Canada to Texas Gulf Coast refineries are worse for the environment.

The latest environmental review stops short of recommending approval of the project.

But the report gives the Obama administration political cover if it chooses to endorse the pipeline in spite of opposition from many Democrats and environmental groups. State Department approval of the project is needed because it crosses a U.S. border. A decision is not expected before the summer.

Again, this is the second time State has approved the pipeline.

Will the lunatics ever come to the point of realizing they need to listen to the adults in the conversation?  I doubt it.  But, it is nice to note one of the many times the lunatics have beclowned themselves.

Now, consider all the time wasted on this, and the jobs lost and the development of the tar sands retarded.  Again, they will be developed and the oil will be moved, all the lunatics have accomplished is the further impoverishment of people.  And, they continue to do so.  They’re really very stupid, stupid people.

Will Zero finally give the okay to this?  It depends.  If something magical happens in our economy and turns upward for a bit, he won’t.  But, if it turns a bit more sour, I think the outcry will force him to do so.

In the meantime, we can go laugh at some lunatics.  You know, as a test, after Repubs win the Senate, congress should pass a law mandating the okay, and force Zero to either sign it or veto it.  They’d have to word it just right so as to not go afoul of the constitution, but, it can be done.

This entry was posted in Climate, Economics, Energy. Bookmark the permalink.