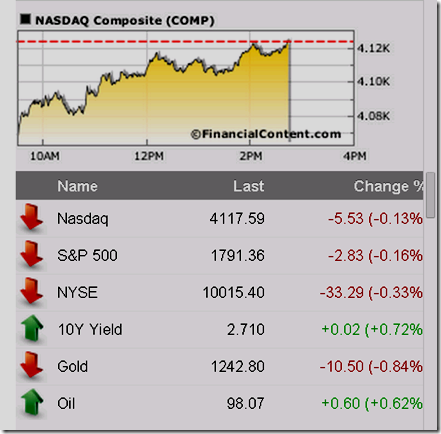 Well, the week is ending on a sour note.  All week we’ve seen the markets, jitter.  And, today was no exception.

… The Turkish lira and the South African rand fell on Friday before recovering somewhat. The Hungarian forint and Russian ruble were less resilient, trading down 0.7 percent and 0.5 percent against the dollar by the end of the European trading day. …..

Japan’s Nikkei 225, the main index still trading, reversed early gains that were sparked by reported increases in inflation and factory output. Inflation is a possible sign of economic recovery in Japan, which has been plagued by falling prices during two decades of stagnation.

Now, typically, the markets will take the weekend and breath a bit, and calm down.  And, I think they will, barring some unforeseen bad news.  Which, is entirely possible.

These are just tremors.  They can be harbingers of  things to come, or they can just be tremors.  But, it does speak to the incredible underlying weakness of the markets.  They’re not on solid footing and the investors know it.