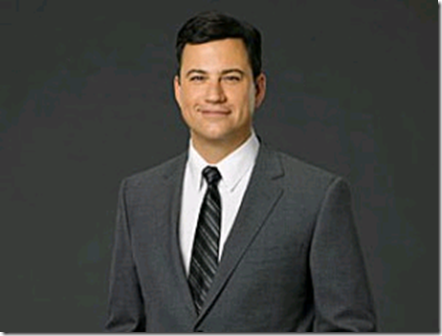 Well, sometimes he’s funny and instructive.  Usually, he’s not, but, sometimes, he is.

For those not familiar Kimmel is a late night show host.  Usually they tell corny jokes and babble inanities with their guests,  But, every once in a while, they hit it.

So, Kimmel puts up a skit after a monologue ……

JIMMY KIMMEL, HOST: The rollout of the Affordable Care Act continues to be terrible. First, there was technical problems with the Healthcare.gov website. Now comes news that not enough young and healthy Americans are signing up for coverage, which is crucial for the success of the program. The way insurance works is you need all the young healthy people to pay for insurance and not use it until they get old and unhealthy. And so far, only a quarter of the 2.2 million people who signed up are between 18 to 34, 24 percent.

The White House was hoping for closer to 38 percent. Why they would hope that, I don’t know. They expect young people to buy insurance at the same time the PlayStation 4 comes out? You know, if you want young people to sign up, maybe you shouldn’t have made the law so that you can stay on your parents’ plan until you turn 26. What kid is going to say, “You know, no thanks, mom and dad, I’ve got the premiums covered actually?”

The deadline to sign up is March 31. In my experience, if you want to get young people to do something, all you have to do is tell them specifically not to do something. Right? Or give ten free lives in Candy Crush to the first two million subscribers.

But just to make sure the younger people do sign up, the Obama administration is rolling out a new ad campaign that’s targeted specifically at the young and vibrant.

ALEX: Hi. I’m Alex, and this is my wife Martha, and we’re both approaching the big 6-0.

MARTHA: And we have health care issues to deal with.

ALEX: Yes. And Martha’s got beta blockers and something for her osteoporosis. And it’s not cheap.

MARTHA: But fortunately we don’t have to pay for it.

MARTHA: That’s right. You young people are paying for our drugs and our doctors.

ALEX: Not to mention our Social Security and our Medicare when we retire to Boca. And you know why?

MARTHA: Because you don’t vote.

ANNOUNCER: The Affordable Care Act. Next time, maybe pick up a newspaper.

KIMMEL: A newspaper FYI is like an iPad made of trees.

Well, Kimmel almost nailed it.  I’m not aware of any major print media who would have told the young people about the issues in Zerocare.  If they wanted to know beforehand, they would have to check out conservative outlets such as Suyts, which stated this was a problem years ago.

Video is available at link.