Because Al Qaeda Is Spelled Differently Than Ansar al-Shariah ….. Says The NY Times 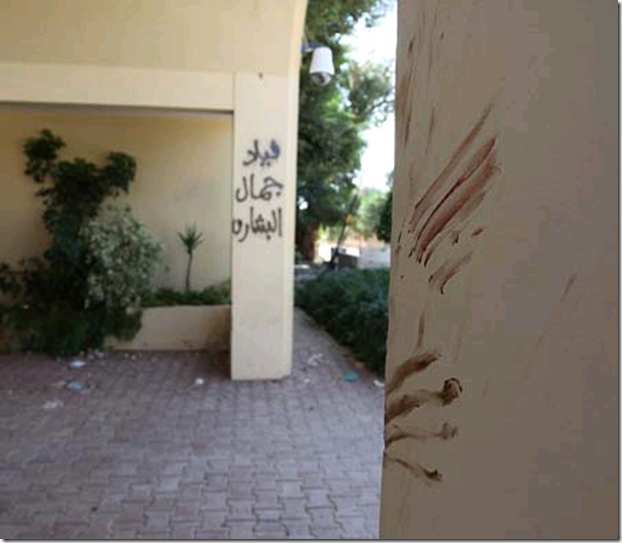 Well, I guess they want this, so, we can give it to them.

The NY Times have written an editorial defending their bootlicking article parroting the old and debunked talking points of the State Dept and the Administration’s narrative about the Benghazi attack.

Essentially, the article states that the reason for Benghazi was, in part, caused by the video no one ever heard of before the attack, and that Al Qaeda wasn’t involved, trying very hard to imply this wasn’t a carefully calculated, and planned terrorist attack.

The attempt at deception is clear.  The editorial fights back at the criticisms of these farcical assertions, claiming Repubs are just trying to sling mud on Hillary.  I love the projection.  The piece was wrote for Hillary.  Because people refute the article (easily), then they’re refuting it because they want to tarnish Hillary, as if she doesn’t do a fine enough job of that herself.

Well, lets see.  What is most easily slapped down is the fact that Ansar al-Shariah was part of the attack.  Ansar al-Shariah has close ties to Al Qaeda.  It was, is, and always will be a terrorist attack.  While I almost never agree the Rep King from NY, he’s entirely correct.

I think, by now, most Americans recognize Al Qaeda isn’t a very centralized group, but, rather a loose collection of rabid lunatics who operate under different names in different regions.  To say Al Qaeda wasn’t involved is like saying the OFA isn’t involved with the Democrat party.  It’s an absurd contention.

And, then back to the video.  The Libyan president at the time disagrees with the NY. Times.  And, clearly, because of the use of motars, we can conclude there wasn’t any spontaneity in the attack.  Which is, after all, what the NY Times is trying to suggest.  In fact, there was no protest at all.

And, now, in rebut of the editorial, we should remind the Times that it isn’t just Repubs showing them that they’re wrong, and misleading.  Dem congressman Adam Schiff also says AQ was involved.

We’ll see if they want to continue to double down in their race to obscurity.

10 Responses to Because Al Qaeda Is Spelled Differently Than Ansar al-Shariah ….. Says The NY Times