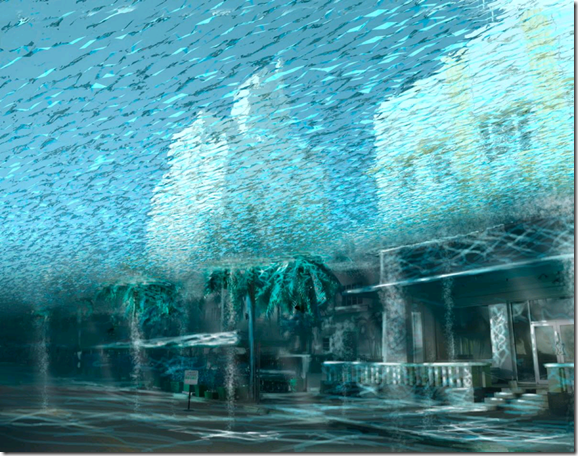 So, the No Tricks Zone has done a few recent posts on our Sea Level.  Go here and see the links at that post.

One of the tenets of global warming alarmism is that our sea level rise will accelerate and drown us all.  Here, at Suyts, we’ve looked into this question throughout the existence of this blog.  I don’t post on it much anymore because the data is highly questionable and subject to interpretation.  But, one of the things I can comfortably state is that there is no evidence of acceleration.

The most recent, in depth look at this question was done by frequent commentator, “Hank”.  He wrote a most excellent post in reference to a study by Beenstock et. al. titled “Tide Gauge Location and the Measurement of Sea Level Rise”

Hank essentially confirmed their findings using his own methodology.

Most of these discussions about our sea level rise center around the disparity between tidal gauges and satellite data.  Typically, the studies of the gauges will offer a rise very consistent with the rate of rise prior to the alarmism over global warming.  That is to say, there is no acceleration to be noted.  It usually comes in at about 1 mm to just below 2 mm rise per year.

Since the advent of the satellite era, the lunatics have insisted this is the true measurement and claim about 3 mm/yr.  The fact that they get to 3 mm/yr by constantly revising their data calls it into high question.  But, for this post, I’m not looking at the rate of rise, but, rather whether or not that rate is accelerating.

At the NTZ post, they quote an “expert”, Swedish climate scientist Lennart Bengtsson.

We now have satellite measurements for 20 years which indicate a steady rise of about 3 mm per year, and during that time no acceleration, See: http://sealevel.colorado.edu/.

However, it is important to be clear that this is an average and that there were considerable local variations related to tectonic changes, among others, after the last ice age. The isostatic adjustment that needs to be done in order to obtain useful data are being evaluated by the experts now. As you can see from the graph, it is clear that we need a relatively long time to obtain a realistic trend, but 20 years is certainly enough. On Monday I was involved in a public panel discussion with Pachauri who insisted that this is an acceleration. I found that I think I know more about this than Mr. Pachauri. The reference above appears to me quite compelling.“

Well, I would argue the isostatic adjustment doesn’t “need to be done” and that “adjustment” is one of the most dishonest bits of idiocy introduced into the climate debate.  It’s utter sophistry.  However, that being said, Dr(?) Bengtsson is entirely correct in that even the satellite data does not show an acceleration.  He offered a link to CU’s graph. 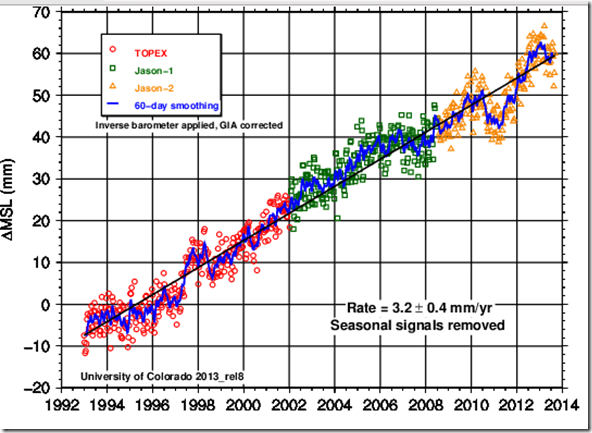 Unfortunately, that graph doesn’t really tell the story.  So, allow me to do so.

From the Aviso site, here is the first leg of the graph above ……… 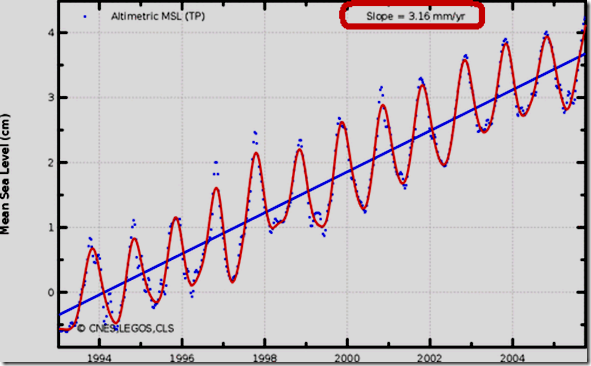 If you can’t see the number above, for the years 1993-nearly 2006, Topex/Poseidon reports a rate of rise at 3.16mm/yr.  (sans the idiotic GIA which is the same for all satellites anyway) 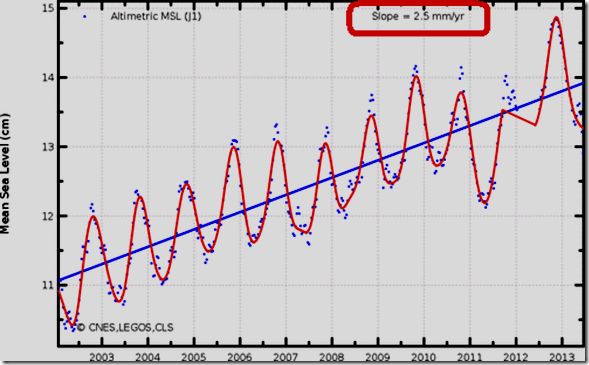 For the period of time from mid 2008 to near present Jason II reports a 2.89mm/yr rate of rise.

Again, the adjustments made to the figures are deplorable.  Still, any imbecile, including Pachy, can see that there is no acceleration to report in over the last 20 years.  This, of course, excludes Envisat, which the lunatics alter the data in an obscene manner, and even after the alterations, it would still not report an acceleration of the sea level rise.

To review, the satellite data starts with a rate of rise of 3.16mm/yr.  In both Jason satellites, the rate of rise has decelerated from 1/2mm/yr to 1/4mm/yr.