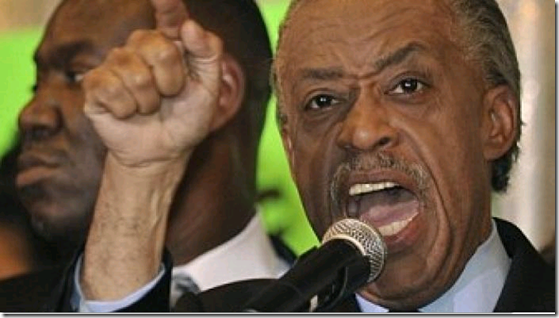 I’m not sure how this is going to work, but, I like the fact that someone is moving in this direction.  From Breitbart …..

Basically, it seems to be an effort to counter the lies LSM is telling us with exposure to the lies and who is supporting them.  The first effort is this ……

The leftist media’s attempts to portray themselves as credible journalists in pursuit of the truth are laughably transparent. But the presence of Al Sharpton on the national news scene represents demonstrable proof not just of the unseriousness of the mainstream media, but of their vile race-baiting for ratings. So why are major advertisers like Ritz Crackers helping pay Sharpton’s salary?

In any rational world, Sharpton would certainly not have a primetime slot on MSNBC. From his Tawana Brawley hoax to his defense of Duke lacrosse accuser Crystal Mangum, from his fanning of racial flames during the Trayvon Martin incident to his involvement in the Crown Heights riots and the Freddie’s Fashion Mart murders, Sharpton has a long history of inciting racial unrest and division. He’s done it for both the fame and the cash; he has a net worth in the millions. Meanwhile, his followers are still told that racist America wants to keep blacks from success.

As TR points out, Sharpton is a hatemonger and race baiter.  His entire existence is devoted to such.  He’s a poor excuse for a human being.  People can say and do whatever they wish (provided it’s legal), but, there should be a cost exacted for supporting vile hate and racial division.

If you disagree with Ritz Crackers that Sharpton’s program is “tasteful,” “believable,” and generally acceptable in terms of social or community standards – if you do not think that Sharpton’s brand of divisive racism ought to be sponsored by Ritz Crackers – please click here to sign our petition, call the offices of Mondelez International at (855)535-5648, and tweet @RitzCrackers with hashtag #SharptonsCrackers.

Mondelez International is hardly the only major brand to support Sharpton with their dollars. Other advertisers have included Nissan, Cymbalta, Depend, Nissan, Toyota, Nationwide Insurance, V-8, AARP, Alleve, among many others. Most who advertise during Sharpton’s show do so by buying time in a block of MSNBC programming, of which Sharpton’s show is a part. These advertisers should be urged to tell MSNBC to pull their spots from PoliticsNation. Anything less is sponsorship of one of the great race hoaxers and inflammatory race-baiters in American history.

The largest potential pratfall for this effort is that conservatives and libertarian types are not very good joiners.  We don’t organize as large groups very well.

Leftards think linearly and much more singularly than conservatives do.  Because we most often think in more than one or two dimensions we often have more divisions than unity.  This blog is a great example.  Most of the regular visitors here, generally agree with each other.  But, we do have times when we don’t agree, and this inhibits our ability for unity.  It’s really a good thing and prevents echo chambers and the insular world so predominant in the world of leftards.

Still, I like the idea of taking leftard tactics and using them for the purposes of good instead of evil.

So, tell Ritz to say no to Sharpton’s hate.  And give TR a little boost!