A Culture Of Depravity — The Cheapening Of Life

This is what we were all concerned about.  And this is where it has taken us.  It was my sincere hope that Gosnell was the exception.  A once-in-a-lifetime monster.  I wanted it to be that way so I wouldn’t have to confront the idea that such monsters are common.  It’s easier to deal with.  We can say that Gosnell wasn’t part of society, that he was an aberration.  Like a Jeff Dalmer, that we can put him in a category that says this man isn’t part of humanity.

I think now, we all, pro-life and abortion advocates alike need to the address the possible reality that Gosnell is not so much of an aberration.  Is it possible that we’ve created a niche where disturbed and depraved people can operate with near impunity?  Did we provide people with a safe haven in which to work their monstrous deeds?  It appears we may have………  From the Daily Mail…..

A second ‘house of horrors’ abortion clinic is being investigated in Texas, just days after Dr Kermit Gosnell was found guilty of murdering newborns at his Philadelphia termination center. 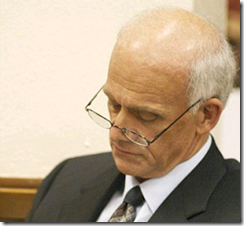 Houston doctor Douglas Karpen is accused by four former employees of delivering live fetuses during third-trimester abortions and killing them by either snipping their spinal cord, stabbing a surgical instrument into their heads or ‘twisting their heads off their necks with his own bare hands’.

Other times the fetus was so big he would have to pull it out of the womb in pieces, Karpen’s ex-assistant, Deborah Edge, said in an Operation Rescue video, which has prompted a criminal investigation into the doctor.

‘Sometimes he couldn’t get the fetus out… he would yank pieces – piece by piece – when they were oversize,’ Edge explained.

Two of Edge’s colleagues, Gigi Aguliar, and Krystal Rodriguez, also described the hellish scenes which took place at the Aaron Women’s Clinic in Houston in 2011, and possibly two other abortion clinics run by Karpen in Texas.

Another staffer, who remains anonymous, filed an affidavit with her account of events, which the Texas Department of State Health Services is using in its investigation.

Lt. Gov. David Dewhurst said he had read the allegations ‘with disgust’ before calling for a full investigation into Karpen and his clinics.

Lifenews.com, an anti-abortion  [pro-life] news website, has published cell phone photographs taken by the employees of fetuses with gashes in their necks after they were killed at the clinic, though these are far too gruesome for MailOnline to show.

Edge said fetuses were killed well after 24 weeks gestation at the Houston clinic, which resulted in a sweat-inducing job that took about an hour per procedure. She said every morning on multiple occasions she would see fetuses born alive and then quickly killed by the doctor.

‘When he did an abortion, especially an over 20 week abortion, most of the time the fetus would come completely out before he either cut the spinal cord or he introduced one of the instruments into the soft spot of the fetus in order to kill it…. or actually twisting the head off the neck with his own bare hands,’ she explained.

‘It was still alive because it was still moving and you could see the stomach breathing.’

I would caution readers to wait as more facts become evident.  The Texas justice system can be pretty good and swift.

5 Responses to A Culture Of Depravity — The Cheapening Of Life