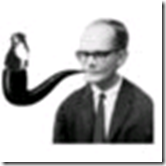 If you think Benghazi & IRS are bad only insofar as they “help the GOP,” you are a pathetic moral cretin.

There are examples all over the web right now with the left crying and writing things in these terms.  Indeed, David should have included the Gosnell verdicts in that, as well.

A just verdict. The jury has rightly convicted #Gosnell for his appalling crimes, ensuring no woman is victimized by him ever again.

What?  No mention of the infants Gosnell butchered?  Not even the 3 infants he was found guilty of murdering?  Jut the involuntary manslaughter of the one woman he was convicted of killing?  Nice

But, that’s just the left for you.  They always attempt to claim moral high ground but, when immorality slaps them in the face, they run with spin and their only thoughts are how to protect or advance their advocacy.

Our government is singling out people and groups for their political views.  What does former Obama advisor have to say about this?

What IRS did dumb and wrong. Impt to note GOP groups flourished last 2 elections, overwhelming Ds. And they will use this to raise more $.

He’s worried the GOP will raise more money…… not about the abuse of power…. nah.  That’s for people who worry about things like, right and wrong.

I just can’t wait for the spin on the spying on the Associated Press.  What ever the approach, you know it will be novel, and dismissive.  Because, in the end, leftist put ideology over morality.  Every day.