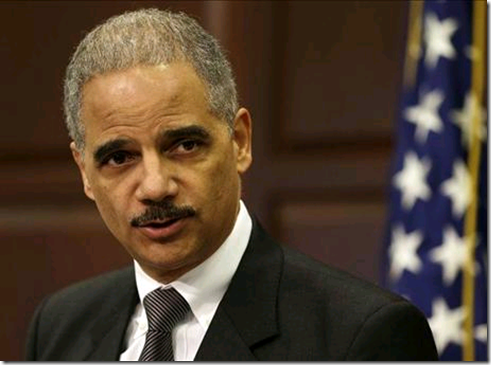 If this doesn’t end this administrations strangle hold on the media, nothing will.

Fox, CBS, and WaPo seem to be the major outlets covering this.  I expect all other will soon follow, but it will be interesting to see who doesn’t.

They’re all the same in essence, I’ll just repost from CBS……

The Justice Department secretly obtained two months of telephone records of reporters and editors for The Associated Press in what the news cooperative’s top executive called a “massive and unprecedented intrusion” into how news organizations gather the news.

The records obtained by the Justice Department listed outgoing calls for the work and personal phone numbers of individual reporters, general AP office numbers in New York, Washington and Hartford, Conn., and the main number for AP reporters in the House of Representatives press gallery, according to attorneys for the AP. It was not clear if the records also included incoming calls or the duration of calls.

In all, the government seized those records for more than 20 separate telephone lines assigned to AP and its journalists in April and May of 2012. The exact number of journalists who used the phone lines during that period is unknown but more than 100 journalists work in the offices whose phone records were targeted on a wide array of stories about government and other matters.

In a letter of protest sent to Attorney General Eric Holder on Monday, AP President and Chief Executive Officer Gary Pruitt said the government sought and obtained information far beyond anything that could be justified by any specific investigation. He demanded the return of the phone records and destruction of all copies.

“There can be no possible justification for such an overbroad collection of the telephone communications of The Associated Press and its reporters. These records potentially reveal communications with confidential sources across all of the newsgathering activities undertaken by the AP during a two-month period, provide a road map to AP’s newsgathering operations, and disclose information about AP’s activities and operations that the government has no conceivable right to know,” Pruitt said.

The government would not say why it sought the records. U.S. officials have previously said in public testimony that the U.S. attorney in Washington is conducting a criminal investigation into who may have leaked information contained in a May 7, 2012, AP story about a foiled terror plot. The story disclosed details of a CIA operation in Yemen that stopped an al Qaeda plot in the spring of 2012 to detonate a bomb on an airplane bound for the United States. ….

Prosecutors have sought phone records from reporters before, but the seizure of records from such a wide array of AP offices, including general AP switchboards numbers and an office-wide shared fax line, is unusual and largely unprecedented.

Among those whose phone numbers were obtained were five reporters and an editor who were involved in the May 7, 2012 story.

Justice Department published rules require that subpoenas of records from news organizations must be personally approved by the attorney general but it was not known if that happened in this case. The letter notifying AP that its phone records had been obtained though subpoenas was sent Friday by Ronald Machen, the U.S. attorney in Washington.

Now, read this I don’t want it buried in the morass of words…..

William Miller, a spokesman for Machen, said Monday that in general the U.S. attorney follows “all applicable laws, federal regulations, and Department of Justice policies when issuing subpoenas for phone records of media organizations” but he would not address questions about the specifics of the AP records.

Oh, well, as long as our Washington D.C. US attorney generally follows the rules and laws, it’s okay.

The Justice Department lays out strict rules for efforts to get phone records from news organizations. A subpoena can only be considered after “all reasonable attempts” have been made to get the same information from other sources, the rules say. It was unclear what other steps, in total, the Justice Department has taken to get information in the case.

A subpoena to the media must be “as narrowly drawn as possible” and “should be directed at relevant information regarding a limited subject matter and should cover a reasonably limited time period,” according to the rules.

That’s funny, because that’s how most subpoenas are suppose to work for regular citizens, as well.

You can read more here and here.

It’s now a small wonder the IRS was targeting groups who were educating people on the constitution.  This rogue group of nutters not only despise the Second Amendment, they’ve shown nothing but contempt for the First, as well.