Sigh….. Stop Doing That You Idiots 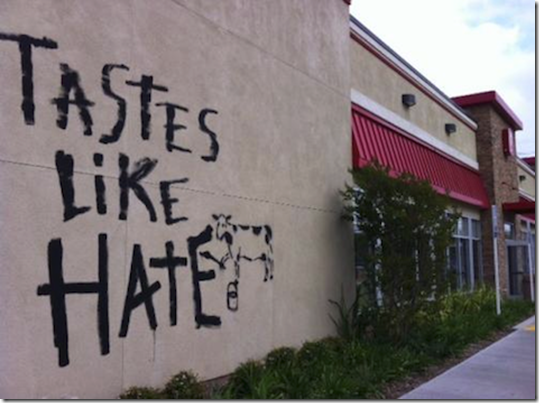 Okay, I’m bit disturbed, but not surprised, by the vile intolerant hate demonstrated by the obnoxious same-sex marriage advocates.  They are a particularly vile group of people.  And, by many statements, pretty hypocritical, as well.  This post doesn’t excuse their behavior.  Threatening children’s’ lives, even if one doesn’t mean it, should not be tolerated.

OTOH, we should be mindful of the uselessness of childrens’ insights.  THEY’RE CHILDREN FOR CRYING OUT LOUD!!!

To let readers know what I’m on about, ……

In the past two months, in attempts to offer an argument against same-sex marriage, two children have testified before their state legislators, countering other children who have been testifying for it. The two children testifying against it have either been crudely insulted or received death threats.

Yes, it’s clever to counter the sophist idiots thinking a child has anything useful to say in regards to this matter.  They don’t.  They will parrot what they’ve been told.  But, it isn’t clever enough to justify exposing your children to this vile hate.

Let’s review.  Children don’t know anything which can possibly contribute to the discussion.  One of the jobs of a parent’s job is to protect their children.  If you don’t want them exposed to threats and insults, stop putting them out in the public discourse.

For one of those girls who gave testimony….

TFP Student Action, a Roman Catholic organization, recorded some of the threats on the YouTube video of Sarah’s speech went viral on homosexual websites. Some of them read:

If I ever see this girl, I will kill her. That’s a promise.

Her parents should be exterminated.

Kill this child and his [sic] parent, for my 11 birthday would be a wonderful gift, thanks.”

I hope you? get raped by your married parents.—madisonen;

A dumb way for a dumb bi**h to? do dumb things. Stop talking nonsense that your Christian, Anti-Gay parents are force-feeding you through a thin straw, and learn to accept other people. Now shut up bi**h, before I smack you.—123adbnvcs

It’s always refreshing to see the acceptance of others and tolerance of the pro gay-marriage group.

Still, we have enough underdeveloped minds in our legislatures already.  We don’t need anymore.

You can read more here and here.

51 Responses to Sigh….. Stop Doing That You Idiots