What?? I Want What Bernanke Is Smoking!!! 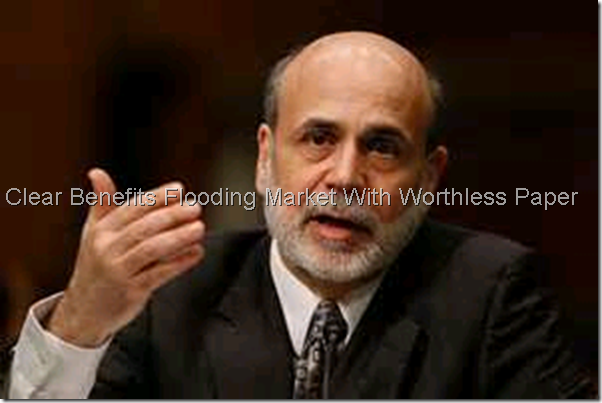 The Fed chairman also urged lawmakers to avoid sharp spending cuts set to go into effect on Friday, which he warned could combine with earlier tax increases to create a “significant headwind” for the economic recovery.

But he added these did not seem material at the moment, adding the central bank has all the tools it needs to retreat from its monetary support in a timely fashion.

No, they don’t.  How does one turn off this spigot?

In response to the financial crisis and deep recession of 2007-2009, the Fed not only slashed official interest rates to effectively zero but also bought more than $2.5 trillion in mortgage and Treasury debt in an effort to push down long-term interest rates and spur investment.

The Fed is currently buying $85 billion in bonds each month and has said it plans to keep purchasing assets until it sees a substantial improvement in the outlook for the labor market.

13 Responses to What?? I Want What Bernanke Is Smoking!!!