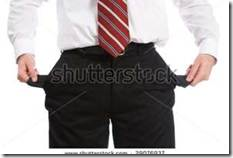 One of the stupidest things done in this recovery was essentially to bailout various parties and then ask all of the parties to do the same things we did to get us in the difficulties to begin with.  We solved nothing.  To make matters worse, we spent, (the globe) enormous amounts of capital to place ourselves right back at the beginning of  recession.

We’ve had a spat of news lately, it’s really too much to cover individually, so I’ll just throw all of this out ……

Capital Economics predicts a 0.3% drop in French GDP, and a 0.1% fall for Germany.

Now, that doesn’t mean everything will fall to crap tomorrow, but it doesn’t mean it won’t either.  This news (and there’s a lot more to get just like it) underscores the horribly weak position we’re in regarding our economies.  China is even significantly slowing.  South Europe is a mess and the mess seems to be spreading north.  The U.S. continues to have bad news and now the far east has some exposed weakness.