Leftists Still Don’t Understand The “You Didn’t Build That”.

This is tickling me.  From HuffPo, of course….. 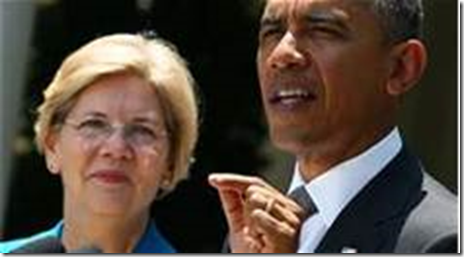 The leftists then note that the company he owns deals in government contracts.  They then state this….

Secondly, and this may be even more important than the first point,  framing the argument as Warren and Obama have, implies the government independently provided something of value.  It did not.  There is no government wealth other than what was derived from the industry and commerce of the American public.  Their argument also implies an inherent right to the wealth derived from the industry and commerce of the American public.  There is no such right.  It is our money.  The government is simply a tool in which we seek a more efficient form of allocation.  This is what builds the roads and hires the teachers and provides for the common defense —–  our will, our wealth, our industry, our commerce.  The government is simply the vehicle to accomplish certain things.

And, lastly, the implication of both Warren and Obama is that somehow business owners lucked out.  They state there are plenty of smart people, there are plenty of hard workers, and that the teachers and roads and defense are the reasons for their success.  But, it’s an illogical argument.  All of us are equal owners of the roads, all of us have equal access to education, all of us share in the bounties created by the American industry and commerce built and hired via the vehicle we call government.  Business owners today and yesterday and God willing, tomorrow. are the people with new ideas, the ones who take risks, they often time stake their entire fortune on their business.  Often to poor ends.  They are the ones who make things go in this country.  So, let’s dispense with the idea that what they’ve built, what they’ve created is somehow owed to some benign and merciful governmental entity.  The very idea is anathema to the principles and ideas of American form of democracy.

So, HuffPo, Warren, Obama, and the rest, you people keep talking about this.  Keep bringing this up.  Keep reminding the people how we owe our existence to the benevolent mercies of our rulers,  you sad, sick, SOBs.  Keep telling the people how we owe a debt of gratitude to people and governments, mired in complacency and incompetency, for doing in a very small part the very things we hired them to do.  Your message runs contrary to the entire foundations of this nation, and the pillars which keep it erect today.

33 Responses to Leftists Still Don’t Understand The “You Didn’t Build That”.