When I started this blog, the main reason was to help combat the foolish thought that extra CO2 was harming the earth.  And to show how the inane thought was harming our economies and society.  Paul, our friend at WFT had missed a version change for our satellite data, so I was graphing some of them myself.  I doubt that I was the only one, but, I emailed Paul and back came everyone’s favorite temp graphing tool!

But lately, there hasn’t been much movement on the alarmism front.  (So, I thought I’d remind people of some of my earlier postings.)

My favorite was watching RSS go negative in its decadal trend and showing how long this had been occurring.

My next favorite was to show the Northern Hemisphere wasn’t losing snow extent, but actually gaining.  I’ll update this after the year is over…. still looking for S.H. data.

We also showed how the decline in arctic ice extent wasn’t related to temps in the arctic. 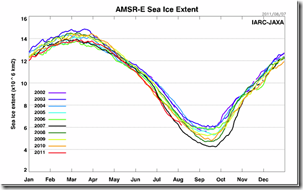 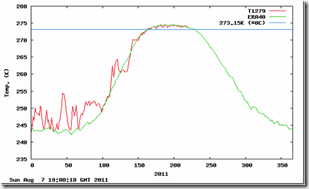 On a related note, we also showed how human activity and nuclear ice breakers may have been the cause of some of the ice depletion.

A current favorite of some of the blogs is to show Envisat’s decline in sea-level.  I’ll update the one I posted months ago…… 7 years of declining sea level!

We also showed some interesting tidal gauge data comparisons.  There seems to be a systematic elimination of gauges from the data base that show declining sea levels. 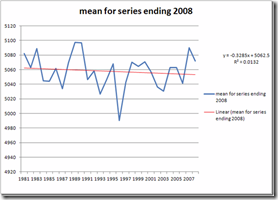 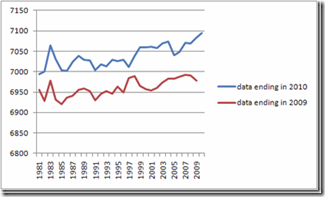 Looking back, on just a few of these, I seem to be ahead of the curve on more than one occasion.  Well, I really can’t say “I”.  The information I show is usually taken from one little tip or another.  I thought it was great when this graph was posted here.

As far as I can tell, we were the first to do so, as we are for many of these graphics.  A couple of days later, its in the Daily Mail.

For fun, I’ll post one more graph.  Assimilate the temp, sea level, snow, and ice information and compare it to the backdrop of this…….CO2 levels for the last 15 years!!! 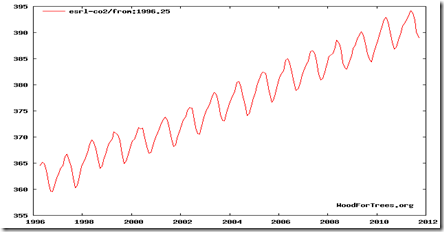 I’ll end this with one of my favorite videos…..

Have a great weekend!

UPDATE!  Vickie has pointed out that I didn’t source my data.  Here are links to various national and international science institutions as well has academic institutions.  Thanks Vickie!

As I wrote earlier, I use Paul Clark’s http://www.woodfortrees.org for my temp graphing. He also links to other various data sources. For the novices, I’ve personally vetted Mr. Clark’s sourcing as have countless others, I’m sure. He’s a huge time saver.

48 Responses to A look back